British motorist ‘runs over and kills Eritrean migrant in Calais’ 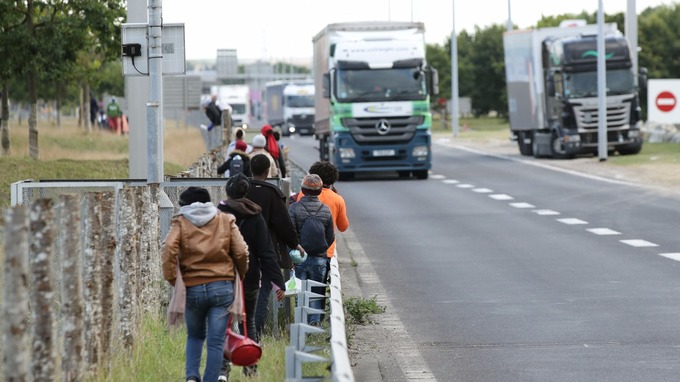 A British motorist ran over and killed an Eritrean man as he tried to escape a group of migrants trying to stop his car at Calais.

The driver is reportedly being interviewed by French police after the incident on the A16 near the French port city on Sunday, in which the dead man’s wife was also injured.

According to the Daily Mail, the driver is said to have swerved to try to avoid a number of migrants on the busy motorway.

The newspaper said many of them were throwing stones and tree branches in an attempt to board lorries heading for the UK.

The driver – who has not been named – reportedly drove on after the incident but later turned himself in to police at the Channel Tunnel.

French president Francois Hollande has pledged to close the Jungle site at Calais before winter, with its 9,000 inhabitants dispersed around the country.

The Road Haulage Association said it was the 14th such death this year.

A spokesman added: « The fact remains that this could have been avoided if the number of security personnel on the Port approach roads were able to cope with the ever increasing number of migrants in the area.

« Our thoughts are with the victim and his family and also with the British driver involved. To be surrounded by hordes of angry migrants must have been absolutely terrifying.

« We sincerely hope that the dismantling of the Calais ‘Jungle’, due to begin on Monday 17 October will put an end to the needless loss of lives. »